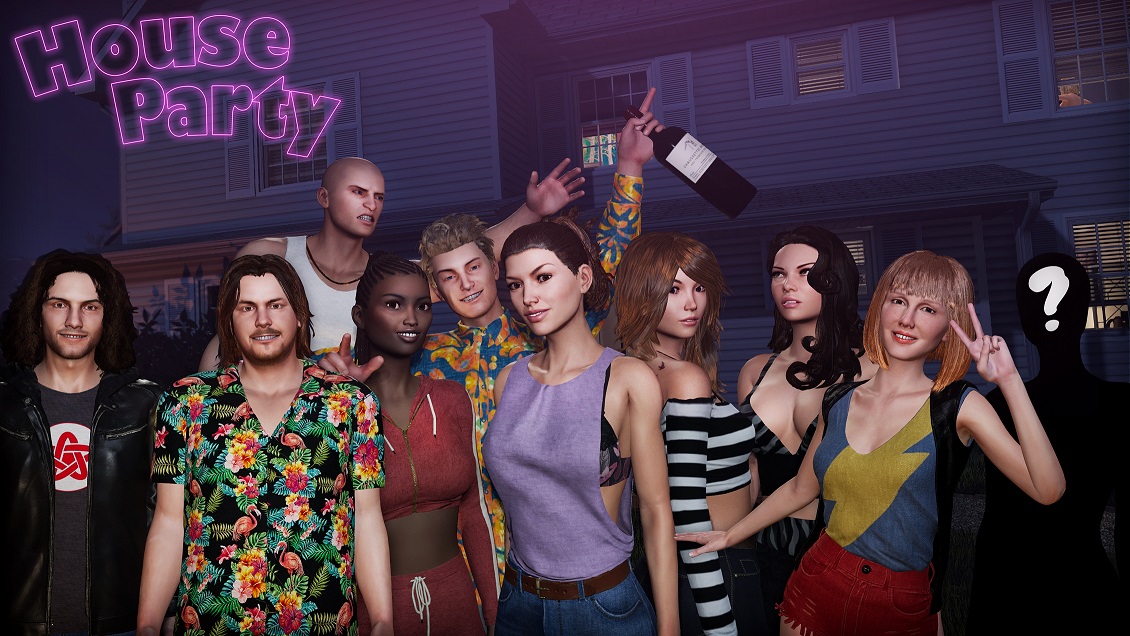 The End is in Sight, but it’s Only Just the Beginning…

I know I haven’t done a dev blog update in a while, and it’s just because we’ve been so busy with the development of House Party, and because we’ve been working on a lot of cool stuff behind the scenes that we are finally able to start talking about.  I wanted to take a moment though and update you guys because we have exciting news!

House Party is slated to leave Early Access in March of 2022!

I know we’ve announced in the past that we were going to leave Early Access.  It’s definitely taken longer than expected, but we feel that all the extras we’ve added that we never originally intended to like globalization and translation, combat, controller support, a really cool new cutscene system, and more, were worth it.  This time though, we are finalized on content.  Or are we?  Actually, I did lie a little.  We have one more surprise.

On the day we leave Early Access we will be dropping a new DLC pack alongside it, which will allow you to invite a brand new very special guest to the party who… well let’s just say a lot of you may recognize.  That’s all I’m going to say for now, but rest assured, this is going to be huge!

House Party has come a long way since it’s inception, and I am so proud of the team I’ve assembled and the work we’ve done to take this game from a “best I could do” one man show to a top selling polished indie game.  I am also very happy we were able to persevere over the undue hardships that the media and the industry in general threw our way just because of our game themes and content, while letting the most violent and gruesome games thrive unchallenged.  We really hope that our accomplishments can change these weird taboos and help pave the way for other developers and games like House Party to be able to exist and receive fair treatment in the industry.

Lastly, I just want to thank everybody who’s purchased the game and supported us throughout our journey.  If it weren’t for all of you and the overwhelmingly positive player review scores that we can oh so eloquently shove in the face of the “game journalists” who loved to hate on us throughout the years, we wouldn’t be where we are today.  Part of the reason our journey out of Early Access has been a long one is because we listen to your feedback, and we have taken and implemented so many of your suggestions.  We do have to call it “finished” at some point though, and that point is near.  As of this writing, we are putting together the Vickie “finale” story, and then it’s full steam ahead on the female main character playthrough, all of which we are aiming to be launched when we transition out of Early Access.

Like I said though; this is just the beginning.  We will be releasing more “quality of life” updates for House Party after we fully transition from Early Access, and we also have some more surprise DLC packs planned down the road.  We have also already started laying down some of the groundwork for our sequel game “Office Party”.  Look for some amazing things happening very soon!

8 comments on “The End is in Sight, but it’s Only Just the Beginning…”

This site uses Akismet to reduce spam. Learn how your comment data is processed.